If anyone from B or C group wishes to participate in the above group, he/she must pay the entry fees for both groups.

Attention! Players who do not show up for their game up to half an hour (30’) after the official start of a round forfeit the right to participate.

1) The result between players in the same point-group

The first three male players and the first three female ones receive medals only if there are at least 6 players in the special category.

The Boards of Triandria Chess Clubs (O.S.TRIA. & PAT) are responsible for any issue not covered in this announcement.

The Boards of Triandria Chess Clubs

Getting to Thessaloniki International Exhibition

You can get to Thessaloniki International Exhibition easily by almost any place in the city. You can enter either from No 1 (the only entrance for vehicles), or from gate No 2. Close to gate 1 bus stops: A.H.E.P.A.1 or A.H.E.P.A.2 Close to gate 2 bus stops: MOUSIA1 or MOUSIA2 or H.A.N.TH.

Traveling to Greece’s second largest city is simple and worth the trip whether it is by car, train, ferry or flight. This page will give you enough information to get there and back, but like the islands I recommend working with a reliable Greek travel agent who can coordinate your flights, ferries and hotels and help you make the most of your time, as well […] 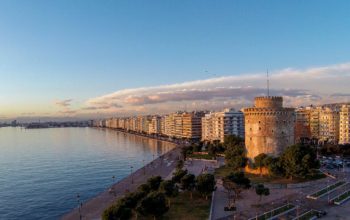 Thessaloniki is the second largest city in Greece and capital city of Central Macedonia’s administrative district, bearing all the structures that constitute a modern urban center, with a population of over 878,000 residents in its Regional Unit. Additionally, its port being the second largest commercial port of Greece, and its location, closed to the Balkans, between the East and the West, are significant factors that […]